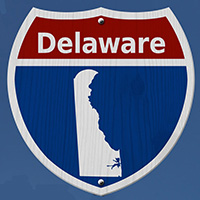 Any small business owner that has formed, or is considering forming, a Delaware Series LLC will be interested to know about significant amendments to the Delaware Series LLC law that will go into effect on August 1, 2019. These amendments were enacted by Senate Bill 183, which was signed by Delaware’s governor last year.

Why Would a Small Business Owner Form a Series LLC

In 1996 Delaware became the first state to permit the creation of a special kind of LLC called a Series LLC. Sec. 18-215 of the LLC Act is the original section governing Series LLCs. It says that a Delaware LLC can establish, in its LLC agreement, series of members, managers, LLC interests, or assets. Each series can have its own rights, powers, or duties with respect to specified property or obligations of the LLC, or profits and losses associated with specified property or obligations. And each series can have its own purpose or investment objective.

The advantage of a Delaware Series LLC over a traditional Delaware LLC is something called a “liability shield”. That is if certain conditions are met the debts, liabilities, obligations, and expenses of a series will be enforceable against the assets of that series only and not against the LLC or any other series. These conditions are set forth in Sec. 18-215(b) which basically requires, in order to have liability protection, that the records maintained for each series account for the assets of that series separately from the assets of the LLC or other series, and that notice of the limitation on liabilities is set forth in the LLC’s Certificate of Formation.

Why Did Delaware Change the Law?

Although many Delaware Series LLCs have been formed since 1996, some people have been reluctant to use them because of uncertainties as to how a series will be treated under certain laws, including tax laws, foreign qualification laws, and the uniform commercial code (UCC) - which is the law governing various commercial business transactions.

In particular, there have been questions about whether a series can be a debtor under Article 9 of Delaware's UCC law - which addresses how lenders can take a security interest in a debtor's property  and if so how to name the debtor series on the financing statement. Delaware - famously known for amending its business entity laws to clarify these kinds of ambiguities - did so again by amending the LLC Act to clarify the applicability of its UCC law to series of Delaware Series LLCs.

What Were the Changes?

The Delaware Series LLC Law was amended so that there will be two different kinds of series - protected series and registered series.

A. Protected Series - A series established pursuant to Sec. 18-215(b), as amended, will be known as a "protected series". The term "protected series" emphasizes that the series is protected against the liabilities and obligations of the LLC itself and other series. It also distinguishes it from a series without liability protection and from a registered series formed under Sec. 18-218.

Does This Make a Series LLC More Desirable?

These amendments are intended mainly to facilitate the use of series in financing transactions by clarifying the applicability of Delaware's UCC law to Series LLCs. For examples, under Article 9, a secured lender can perfect its security interest against a "registered organization" by filing a financing statement in the debtor's state of organization. Because a filing with the Delaware Secretary of State is required to form a registered series, it should meet the definition of a "registered organization". Also, the name requirements should clarify how to name a debtor registered series in the financing statement. In addition, the Delaware Secretary of State will issue a certificate of good standing for a registered series that is in good standing, and that may also encourage lending to series.

Any small business owner who thinks that a Delaware Series LLC may meet his or her needs may wish to take note of these upcoming important changes to the law.

Learn more about forming an LLC in Delaware