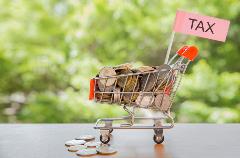 E-commerce has drastically changed for sellers and consumers.

It used to be that a state could not force an out-of-state, online retailer to collect sales tax from the state’s consumers unless the retailer had a physical presence (like a warehouse, store, or workers) in the state.

But on June 21, 2018, the U.S. Supreme Court decided South Dakota v. Wayfair, Inc., a case in which the Court held that a state can require out-of-state sellers to collect and remit sales taxes, even if they have no physical presence.

This article will discuss the Wayfair Court’s reasoning for overturning the physical presence rule that had existed for 50 years. It will also discuss the repercussions of that decision for online and brick-and-mortar businesses, states, and consumers.

State Taxes and the U.S. Constitution

The first thing to understand is that a state cannot pass and enforce a law that violates any of the clauses of the U.S. Constitution. One of those clauses is the Commerce Clause—which restricts a state’s right to tax non-residents. In 1977, in the case of Complete Auto Transit, Inc. v. Brady, the Supreme Court created a four-part test that has to be met in order for a state to impose a tax that doesn’t violate the Commerce Clause. One of those tests requires that the tax be applied to an activity with a substantial nexus to the state.

At issue in Wayfair was the meaning of “substantial nexus” as it applies to a state sales tax law. In National Bellas Hess, Inc. v. Dep’t. of Revenue of Ill., which the Court decided in 1967, the Court held that a state lacks the power to require an out-of-state seller to collect sales tax on goods purchased for use in the state unless the retailer had a physical presence, such as retail outlets, solicitors, or property in the state. The Court reaffirmed that a physical presence was required to have the necessary nexus in 1992 in Quill Corp. v. North Dakota.

In 2016 South Dakota enacted a tax law that requires out-of-state sellers to collect and remit sales tax, even if they did not have a physical presence in the state. The Act applies to sellers that annually deliver more than $100,000 of goods or services into the state or engage in 200 or more transactions for the delivery of goods or services in the state. In other words, South Dakota was replacing the physical presence requirement with what is called an “economic” presence requirement.

The Act was clearly unconstitutional under Bellas Hess and Quill—a fact of which South Dakota was well aware. Nevertheless, the state sued three online retailers—Wayfair, Inc., Overstock.com, Inc., and Newegg, Inc.—and asked the lower court to declare the tax law valid and hold that the online sellers were required to register for licenses and collect and remit the taxes. The state knew the lower courts would hold the Act unconstitutional, but its purpose was to have the Supreme Court review the lower court’s decision and overturn the physical presence rule. And that is exactly what the Court did.

The Court found in favor of South Dakota in a 5-4 decision. Justice Kennedy, writing for the majority, was highly critical of the physical presence rule. He stated that Quill misinterpreted the Commerce Clause and that a physical presence is not necessary to create a substantial nexus. The Court had three main rationales for rejecting the physical presence rule—that it creates market distortion, that it ignores the realities of e-commerce, and that it unfairly interferes with a state’s authority to collect taxes.

The Court stated that it is not the purpose of the Commerce Clause to permit the Judiciary to create market distortions—which is exactly what Quill did. Quill, the Court said, “has come to serve as a judicially created shelter for businesses that decide to limit their physical presence and still sell their goods and services to State consumers—something that has become easier and more prevalent as technology has advanced.” Worse yet, stated the Court, distortions caused by the desire of businesses to avoid tax collection may result in a lack of storefronts, distribution centers, and employment centers.

The Court also emphasized how different commerce is now than when Quill was decided in 1992. Modern e-commerce does not align analytically with a test that relies on the sort of physical presence defined in Quill. The Court pointed out that between targeted advertising and instant access to most consumers via the Internet, a business may be present in a state in a meaningful way without being physically present. A virtual showroom, for example, can show far more inventory, in far more detail and with greater opportunities for sellers and consumers to interact than might be possible for local stores.

The Court also pointed out that the states were losing between 8 and 33 billion dollars in revenue as a result of the physical presence rule—and that the Quill Court could not have envisioned a world in which a remote seller would be the country’s largest retailer. Therefore, the physical presence rule, according to the Court, was unfairly preventing the states from collecting an indispensable source for raising revenue.

In defense of the physical presence rule, the three online retailers argued that the rule has permitted start-ups and small businesses to use the Internet as a means to grow their companies and access a national market without exposure to the daunting complexity and obstacles of nationwide sales tax collection. The Court disposed of those arguments by saying that eventually there will be reasonably priced software to help small businesses cope, and that Congress may legislate to address the problem if it feels it necessary. The Court also pointed out that South Dakota provides a degree of protection by having sales and transaction thresholds, by not making the tax retroactive, and by participating in the Streamlined Sales and Use Tax Agreement—which standardizes taxes to reduce administrative and compliance costs.

Four of the nine Justices disagreed with the Court’s decision. Chief Justice Roberts, who wrote the dissent, said that he agreed that Bellas Hess was wrongly decided.

However, he went on to say that any alteration of the physical presence rule, with its potential to disrupt the critical e-commerce segment of the economy, should be undertaken by Congress.

The dissent was also critical of the majority’s “breezily disregard[ing]” the costs that its decision will impose on retailers—and disproportionately on small businesses—who will now have to calculate and remit taxes on e-commerce sales in up to 10,000 jurisdictions that levy sales taxes, each with different rates and rules.

The implications of the Wayfair decision remain to be seen. But it is likely to have an impact on the following parties, at the very least:

States: States that have already enacted sales tax laws similar to South Dakota can now apply and enforce them. Other states can now be expected to enact similar laws requiring remote sellers to collect and remit sales taxes. The states can also expect to have increased revenues.

Remote/Internet Sellers: Remote sellers will have to register for a license and collect and remit sales taxes in all states that impose a sales tax where they satisfy the tax law’s nexus requirement. Depending on the state laws, they may also have to pay back taxes.

Brick-and-mortar sellers: Sellers with a physical presence that have already been collecting taxes may see an increase in sales as Internet sellers no longer have the competitive advantage of not charging sales tax.

Entrepreneurs: People thinking about starting or buying a business that involves selling products or services over the Internet now have to consider the additional costs and administrative burdens of having to collect sales taxes.

Consumers: Consumers who purchase goods online or through catalogs may find themselves being charged sales taxes where they were not before.

Nobody can say for sure what the exact impact of this landmark decision will be. Perhaps Congress will decide to act, as the dissent suggested. Or perhaps the states will provide protections for smaller businesses. One thing is certain—there will be winners and losers. Only time will tell who they will be.

Start your business with confidence. We offer various incorporation packages to get your business up and running. Starting from $99 and includes 6 months FREE Registered Agent services.

Now you can start your business online with confidence. We've guided hundreds of thousands through the online incorporation process.

Get what you need when you need it. ADP's small business expertise and easy-to-use tools simplify payroll and HR, so you can stay focused on growing your business.